Halcyon days and finding my voice 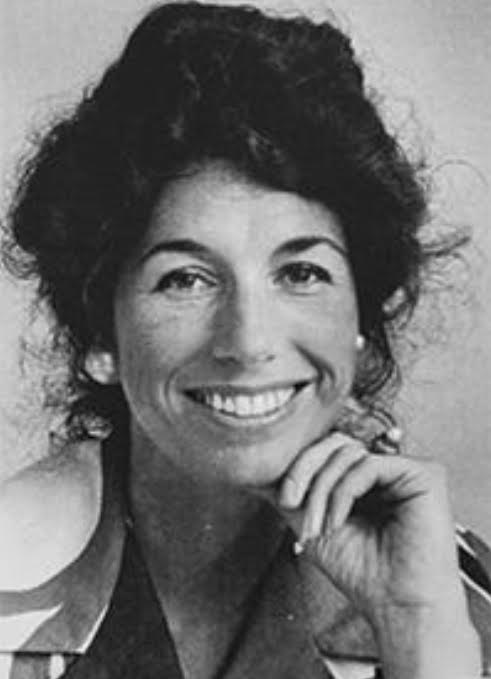 The first months were tough… Auckland was one of the world’s largest cities in area back then, and map-reading a strange city is challenging. More challenging was map-reading the events and psychology of a new society when instructed to write a story about the effects of a trade union decision or writing about a fight after a fight at a boxing match.

I wasn’t cut out for this sort of reporting… even when I managed to ferret out the salient details of a story, I found it hard to write without a personal slant, a humorous aside, a detail about character or clothing… none of it suited to the newsroom’s style!

The last straw was an interview with ninety- year- old Dame Flora Macleod, visiting her scattered clan this side of the world. Full of detail, enthusiasm and warmth, to my chagrin, this effusion never made it to the news pages, but was banished to the women’s page- to the regret of many other reporters I heard later.

So it was wonderful when I was transferred to the women’s page which some might have seen as a demotion, but which was for me, a welcome respite from the masculine challenges of the newsroom.

My boss Val, was a friendly six-foot blonde amazon who’d been a champion swimmer, her assistants a fiercely feminist single mother, and a happy pregnant Auckland socialite. They all provided different aspects of life for the page, and I unconsciously began carving out my own niche, when I observed that if Maoris were supposed to be equal members of New Zealand society, it was strange that we never had any stories about them and their doings and achievements. “You can be the Maori news-person”, said my boss.

So began a series of really interesting stories about wonderful Maori women achievers, professors at the university, charity workers, community idealists, political activists, nearly all of them working for a better deal for poor Maoris, women and children.

One rainy morning when we were all fruitlessly racking our brains for ideas for stories to fill the empty page for that afternoon’s edition, I wrote the first of what Val called my ‘think pieces’ which developed into regular columns.

And then I began to realise how tough this pioneering society was on children, especially after an encounter with one of the country’s most distinguished women paediatricians, who also pioneered family planning clinics around the country. Alice Bush, who became a friend, told me that she felt in her forty years of practise that parents were less tolerant now, and more inclined to punish their children physically.

I dropped all my feminist crusading at this and began to campaign in every way that presented itself for a better deal for children. I felt too, that the immense and enthusiastic wave of feminist activity and the drive for equality for women meant that too often children’s needs were being overlooked.

This led to a surprising development. The feminist in the office was closely involved with the very militant students at Auckland University, and I suddenly found I was persona non grata with them and every other feminist in the country, both in the trade unions, the universities, and several influential magazines. I was blacklisted from all women’s conventions and conferences, and even cut dead in the streets by hostile women.

The very real hostility continued for years, and during the concerted campaign to undermine me, a stream of hostile letters were published in the newspaper castigating me and my writing and opinions. The editor was so intimidated by these strong women, both on the newspaper staff and elsewhere, that he caved in and published these attacks on a member of his staff.

One of the aggravating features of this unhappy situation for my adversaries was that I became very successful, the general public loved my columns, and when I became women’s editor and introduced an entirely new concept – a weekly pull-out newspaper for women – it became the talk of the country. I covered every subject that I thought women would be interested in, from breast-feeding, to treatment for cystitis, to bringing up children, to the struggle of women in other countries, from the mothers and grandmothers in Argentina, to Winnie Mandela and Helen Suzman.

The readership reached not just women in the towns and in the country, in rich suburbs and new cheap housing estates, but men, too – judges, surgeons, lawyers – people of all ages and walks of life. In a small country, one size fitted all, there were no niche newspapers or other publications. This was also a challenge – to find a way to appeal to everyone at the same time.

At the same time, I was writing a column for single mothers in the NZ Woman’s Weekly, a wonderful little magazine, which was bought by a quarter of the people in the country, and according sales lore, and the ‘hand-on’ theory, meant it was read by at least two more people, so that at least three -quarters of the population of the country read this publication.

It reached a huge readership. One day the editor asked me to do something about a letter which had reached her, from a single or solo mother as they were called. I researched the whole subject and wrote an article for the magazine and I was then deluged with dozens of letters from solo mothers. From then on, every week I wrote a column for them. Thirty years later I was still meeting people or receiving letters from widows or divorced or single women saying that my column had been their life-line – just knowing that someone understood their problems and cared, had helped them through their lonely hard times.

After one letter from a woman whose husband had walked out leaving her with three children under five, including a year old, and how she had to work digging potatoes; how she had to leave the children locked in alone in the house, with no heating which she couldn’t afford, and just bread and milk to eat all day, I realised that there had to be some sort of assistance for women abandoned by their husbands.

Women who became pregnant – out of wedlock- as it was called back then, had no benefit either, apart from a tiny payment which lasted four months, as long as they were breast-feeding. This meant that no-one could afford to keep their baby, and there was a very high rate of adoption in NZ.

And there were still the plums – the fascination of meeting such luminaries as Doctor Spock, the man whose books were a bible to most mothers back then. He was a big genial man, who cared about more than just bringing up children kindly. He’d been an Olympic rower in his youth, and by the time I met him was deeply involved in political activities which included opposition to the Vietnam War.

His wife Jane listened to our interview, and at the end said to me that she’d like me to interview her as I was not like the aggressive journalists she’d come up against in the States. I did, but the interview was unpublishable. She was a hurt, angry woman, who felt her part in bringing up their sons and providing much of the material and experience that informed her husband’s books, had never been acknowledged… “He just sat behind his big desk, while I brought up the boys and told him what I was doing…”. I wasn’t surprised to hear that they divorced a few years later.

Life was not all work either… John continued to call either at the office or at home, bringing his dogs with him… taking my son for fishing weekends, arriving and gathering us up for a trip to a distant beach with his friends and sitting round a camp fire chatting and singing in the dusk.

There was the fair-haired, blue -eyed Italian aristocrat who would ask me which car I wanted to go to dinner in, his Lancia or his Alfa Romeo, the laughter in the office at another would- be suitor, a bearded be-spectacled man with shorts, hairy legs and sandals who was always bringing my copy to discuss with me; and the perfectly happily married man who stood in front of my desk as I looked up over my typewriter, and declared that he’d crawl across broken glass to have a cup of coffee with me. Words which brought more gales of laughter from my colleagues in the office! They weren’t days of wine and roses, but were definitely days of goodness, fun and freedom, and a respite before the next chapter of our lives.

Since I shattered my leg two years ago, and prefer not to stand for long, I’ve evolved all sorts of short cuts to get me by when I’m slaving over a hot stove!

First and foremost… I use chopped garlic and ginger from a jar – something I always swore I’d never do, though I still grate fresh Parmesan. When making pommes anna – potatoes in cream and garlic, a fairly common occurrence in this house, I no longer peel the potatoes, but scrub them clean with a pot scourer, and slice them thinly, and it makes no difference to the taste. When making apple crumble or scones, I never rub the butter into the flour any more, but grate cold butter from the fridge, stir it into the flour and it works just as well. I never bother to roll out scones, but simply place the dough on a floured board, nudge it into a shape about an inch  thick, and simply cut it into squares, not bothering with  pastry cutters.

I cook onions in the micro-wave for six minutes, and then fry them for a few more minutes to brown nicely, thus eliminating the time spent formerly standing turning them in the frying pan.

When I cook mashed potato, I do plenty extra to use in leek and potato soup, or to fry with bacon and sausage. And I cook double amounts of spaghetti bolognaise – half for the freezer, half for himself, while the leftover extra cheese sauce from lasagne or macaroni cheese is perfect over broccoli for a small lunch dish for me. Risotto is always a double amount – either re-heated in the micro-wave, or gently fried in a little olive oil to make the crust crisp and delicious. So many other small things which make life easier …

It is as necessary for man to live in beauty rather than ugliness as it is necessary for him to have food for an aching belly or rest for a weary body.

34 responses to “Halcyon days and finding my voice”