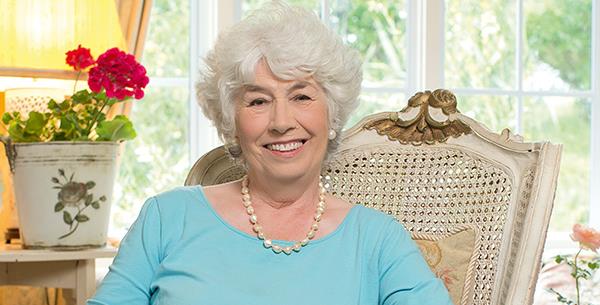 A year after Arthur Thomas’s pardon, a Royal Commission condemned the policeman who’d planted the cartridge, and said Arthur should never have been charged. I sat through the weeks of testimony, crocheting a colourful rug from all the scraps of wool I had, and I think driving the male chauvinists around me quite mad!

I was back home towards the end when Patrick took time off from his office to hear the last stages of the inquiry which was all based on his findings. He rang and said they were being asked to put in a claim for what the investigation had cost them, and Jim Sprott was claiming $150,000. Patrick said it didn’t feel right climbing on this bandwagon of claims… so I told him about the painter Whistler’s damages of a farthing in England when he sued Ruskin for defamation in 1870, and suggested Patrick likewise claim a dollar – otherwise you’ll be written out of the court’s findings, I said.

So he did claim a dollar. Arthur was given a million dollars in compensation, and Patrick was rewarded with an OBE. The following year the Queen presented it to him, at the same time that my daughter received her Gold Medal from the Duke of Edinburgh

While all these dramas were playing out, I resigned as Woman’s Editor of the Star, feeling that the increased attacks and hostility from feminists would lose their sting if I wasn’t there, and the women’s pages might become unmolested!

I took the children to England for a holiday, and when we returned took up writing my columns again, and was commissioned to write several books. I once calculated that fifteen years of writing two columns of a thousand words a week, probably added up to about 780,000 words, and that didn’t include all the articles and interviews I wrote in that time as well. At least half as much again, I suspect.

A column which covered vivisection and the experiments and horrible operations that people like South African heart surgeon Dr Christian Barnard performed on animals, caused huge repercussions. It revived the moribund anti-vivisection society known as SAFE, (Save Animals from Experimentation) and Patrick and I became president and vice-president.

This column also triggered a big meeting of angry doctors at the Medical School at Auckland University where they reportedly discussed: ‘What to do about Valerie Davies’. At the time I had also castigated the practise of every medical student having their own rat to kill – they  bashed it on the table by holding its tail, before dissecting it.

They sent my article to Christian Barnard in South Africa, who’d become a high-living celebrity by then, and he responded by sue-ing me and the Star. The Star cravenly paid up the money he demanded, but I refused, telling my solicitor I’d rather go to jail. The children were devastated, and my son even had tears rolling down his cheeks when I explained what I was doing.

In the event my clever lawyer wrote told Barnard’s solicitor that my defence would be that I’d found all the hideous boasts about making a two headed dog, and the screams of a baboon wrenched from his mate to take his heart for an experiment, in Dr Barnard’s own autobiography, and a TV interview. We heard no more!

I continued writing columns that enraged people, writing of the barbaric treatment of calves in modern farming, to the use of 245T (a dioxin based pesticide) the indiscriminate felling of trees, and other environmental concerns. After a column on climate change and the ozone layer, a university professor wrote a scathing letter to the paper calling me a ‘knee-jerk environmentalist’, while a professor of paediatrics, rang me at home he was so furious when I wrote that babies should never be left to cry as it broke their trust in their parents.

Now all the research into brain function has proved me right. Child psychology preaches the benefits of cuddling and of feel- good pheromones  connecting in the brain, and the dangers of cortisone building up in the brain if babies are left to cry, which leaves them prone to depression and a host of problems as they grow older…

Sometimes, in the rain and misery of the Springbok winter, traipsing in and out to the Royal Commission in the city- an hour’s drive each way- struggling with Chronic Fatigue Syndrome, living on willpower, not energy, seeing the miseries of modern farming as I drove past fields with bleak herds of cows deprived of their new calves, stopping the car to untangle desperate goats tied up and used as lawn-mowers on the road-side, I used to wonder what was wrong with me.

Why was I so out of step with everyone and everything? And then I discovered a group in England called Women for Life on Earth, and I knew I wasn’t mad after all, and that my concerns were those of many others too. Knowing this restored my confidence and gave me heart. (This group morphed into the Greenham Common Women’s Peace Camp, and their historic resistance to nuclear weapons.)

My illness had got worse. I couldn’t bear light, and had tortoise shell rattan blinds on every window as well as curtains, I had difficulty understanding speech and used to exhort the children and my husband to speak clearly. I couldn’t bear any music except formal baroque tunes, and was in constant pain.

Somehow, I kept up with driving the children around, having friends and Patrick’s family to stay, his other four children and their friends for meals, walking the dogs twice a day, cooking decent nutritious food on time, fulfilling numerous speaking engagements – teachers conferences, school prize-givings, parents groups, schools, Rotary and other clubs, even the annual lunch of accountants – to mention a few – writing the columns which generated so much controversy and so many letters to answer, not to mention the dreaded housework. I paid the teenage children to help… my daughter to do the washing, my son to clean the bathrooms.

And at the end of this hard, sad winter we left our dream home in the country, where no-one had waved or spoken to us in over a year, and moved back to town, where friends welcomed us, strangers called in with fruit and flowers and cakes, and we felt we had come home.

A young, unprejudiced and open-minded woman doctor friend dropped in to see me, while I was having an episode of CFS. Mimi introduced me to Re-birthing, a system of connected breathing which was all the rage at that time, and this was a turning point for me. The breathing got me on my feet, and I was now strong enough to become involved with a personal growth group, Self-Transformation, which I helped to establish in this country.

It grew exponentially. This was the early eighties, when groups like EST were breaking down so many barriers, and people all over the world were ready to start their journey towards self-actualisation. Jung was often the starting point, his book and his theme ‘Modern Man in Search of his Soul’ in tune with the new age.

Abraham Maslow, Ken Wilbur, then Dipak Chopra, Jean Houston, Caroline Myss, one after another, names and techniques came crowding into our consciousness, and people like me couldn’t get enough…meditation, yoga, Reiki, shiatsu, rolfing, holotropic breathing, aromatherapy, sweat lodges and other methods of bodywork we explored put us in touch with our emotional blocks and old traumas, and kept us busy for years.

Buddhism, the Essenes, Hawaian Kahunas, Shamanism, gurus from Ram Dass to Sai Baba, Raj Neesh, and the Dalai Lama held many in thrall – though gurus were not for me – and this is only to touch on a few of the influences, techniques and people who influenced my friends and I as we journeyed on. I sold most of my precious things to pay for all this… silver from my first marriage, oriental rugs I’d collected over the years, a precious French provincial table… it was worth it.

It was all a mystery to my husband, who called me a New Age Nutter, which didn’t bother me at all. I tried often to explain what I was doing, and it didn’t matter how often I did, he never understood or remembered.

He had a different journey. He had ten jobs in twenty years, travelling from radio back to newspapers, then magazines to public relations, radio again, magazines, to teaching journalism and back to newspapers, finally becoming editor- in- chief of a group of suburban newspapers when he was in his early seventies. They were years of financial insecurity, when he was badly paid, and I was glad to still have some money from my writing and then the counselling practise that I managed to operate for all those years until I was in my mid-seventies.

In every job he found, pressure would build-up, and he would be unable to see eye- to-eye with his boss, just as he had been so often at the Star. It’s only as I look back that I realise that this was his modus operandi.

He’d come home and I’d sympathise and take on the angst and the anxiety. We moved house often, buying old wrecks which I restored and beautified, each time hoping that by reducing the mortgage or making life easier at home, with less travelling, or some other excuse, it would reduce his stress. It never did.

He had also become obsessed with Japan, and apart from writing books about it, studying its history and customs, and collecting anything Japanese, he became an expert on samurais, Japanese sword-play – kendo and eido- and antique Japanese swords, which were hugely expensive. He was always buying more and more precious ones, as he learned more and more about them, and went to Japan half a dozen times.

As my car fell to pieces, because we couldn’t afford to replace it, he was ‘investing’ he assured me, in his swords, which would pay for our old age, so we didn’t need to save or pay off the mortgage. I believed him.

And so we came to the end of our roads. As Paul Coelho wrote: “It is always important to know when something has reached its end. Closing circles, shutting doors, finishing chapters, it doesn’t matter what we call it; what matters is to leave in the past those moments in life that are over.”

Next week is the last instalment of this series. The Who-dun-it of the Thomas case will be told in an Appendix the week after that.

As we talked about our go-to puddings over a nice drop of affogato in our favourite restaurant, one of my closest friends asked me for the recipe for my hot chocolate sauce for ice-cream I was boasting about. This is for her.

It comes from good old Mrs Beeton, and my children loved it over ice-cream, while I serve it for guests now with pears baked in wine plus ice-cream.