The fun of fashion 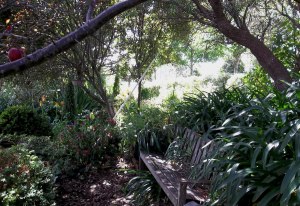 What to wear has occupied many happy  hours and years of my thinking life. So though some research has claimed that little girls and boys are conditioned to be male and female… pink versus blue…  I’m not convinced!

I don’t think any little boy could have felt the bliss that I did at three when I finally got to wear a sun-suit that had been too big for me. I remember the day I was allowed to wear it, I shall never forget the pattern of navy, pink, yellow and blue tiny flowers all over it. It was linen, it had tiny buttons down the front, and was the most beautiful thing I’d ever worn. I remember the glory of running to catch up the big girls next door, skipping through long fine grass that grew beneath the pine trees, and the shafts of sun-light beaming down between the rough trunks. And above all, the rapture of knowing that I was wearing such a wonderful thing.

Not quite the same rapture over my white petticoats trimmed with broderie anglaise, and the smocked pink dress and the blue dress, made of ninon – a fine muslin type fabric with soft little bobbles sprinkled all over it – but I still enjoyed them. A year older, and winter, I revelled in the Fair Isle berets and matching gloves my mother bought me and my sister.

I stood and watched with some disapproval as she preened herself in the two new coats she had just bought, one a black fluffy material with gold buttons, the other a smooth jade green wool with green and gold buttons. She had said she couldn’t resist them. I remember precociously thinking that there would be no more clothes coupons left for us.  I was five, and in war-time we had an allowance of coupons for the year, which once used, meant no new clothes until the following year.

When my Victorian grandmother came to care for us after my mother had gone, she dressed me according to her firmly held notions. I went to school one day in an anguish of embarrassment, wearing soft leather full- length gaiters right up my legs with hundreds of tiny leather buttons. We needed a button hook to do them all up.  But I couldn’t get them off for PT (Physical Training), so she abandoned those, thank goodness. She spent hours at her treadle sewing machine making me pink satin, lace- trimmed dresses and the like, and sent me off to church in a new brown tweed coat which was agony every time I sat down. It turned out she had sewed up the scissors into the deep hem.

Worst of all were the bright purple fluffy mittens she got hold of – warm – but hideous. It lacerated my fashion- conscious soul every time I put them on. At my best friend’s seventh birthday party I left them behind at her house, hoping that that would be the end of them. But further humiliation ensued when my grandmother made me go back to get them, and so then every-one knew that these frightful objects were mine.

Bundled off to my new parents at nine and a half, they threw away all the clothes my grandmother had lovingly made me, and took us shopping in London, where we were equipped with little tweed velvet- collared coats and matching berets, pretty dresses, and best of all, check shirts and shorts, just like the girls wore in Enid Blyton’s books. Fine feathers indeed.

But they had to last… that was the last time we enjoyed such largesse. When I grew out of them, there were no replacements, and I had to manage on various hand-me-downs, and odd birthday presents. So when I started earning, the best thing about it was never again having to wear clothes that embarassed me. But though I wanted fine feathers, I had also learned the lesson we all did on reading ‘Little Women.’

The scene in which Meg, also humiliated by her worn clothes, allows her frivolous friends to turn her into a fashion plate for a party, and overhears some older women commenting, what a pity that that pretty modest girl had spoiled her appearance with frills and flounces, and crimped curls, had struck deep. Meg feels overcome with shame for not being true to herself.  So I wanted fine feathers, but not fashion overkill!

Oh, the lovely cut of winter clothes, the fabrics, the wool and tweed, the gabardine and mohair, the lambs-wool and cashmere, the knits and jersey, velvet and corduroy; the colours, rich plum reds and pine greens, the russet tones, and mustards, the navy blues and chocolate browns – breathes there a woman with soul so dead – to paraphrase Sir Walter Scott – whose heart doesn’t leap when confronted with these riches?

And for summer, we had linens and cottons and seersuckers and silk, the muslins and tulle, taffetas and brocades for evening. We’d never heard of denim then, and nylon was something for parachutes and stockings. Fashion for a teenager earning money at last, meant a circular felt skirt, a wide elastic waspie to nip in our waists, over a frilly starched cotton slip and worn with  a Marilyn Monroe sweater and flat pumps. In this get-up, we twirled and swooped, dancing to rock and roll, and skiffle, though we could still waltz and do Scottish dances at formal balls, in long romantic evening dresses accessorised with long white gloves. And then there was the mini!

But times have changed of course. I’ve just read a survey which claims that women’s waists now are seven inches bigger than they were in nineteen-fifty. The average woman’s waist then, they claimed, was twenty- seven- inches, and it’s now thirty-four. I think they’ve got it wrong – my waist was twenty-five then, and I envied the possessors of twenty-four inch waists. The research also says that women are square and waistless now, and that the old hour-glass figure has gone. I had noticed how waists are disappearing, and have wondered how anyone could wear a waspie any more, while circular skirts would not do much for expanded hips these days.

So it seems to me that women are not so much the slaves of fashion, as that fashion is the slave of women’s diet. And now that spartan war-time food, not just in England and Europe but probably in other parts of the world too, is no longer on the menu,  fast food and tampered- with food, and Too much of everything, seem to have re-shaped the female figure. And fashion in the shape of towering platforms and spiked heels seems to have hobbled women quite as successfully as bound feet in China.

So give me beautiful clothes, but not haute couture, fine feathers but not high fashion… and I will probably still be planning what to wear when I’m on my death-bed – maybe I should write a book about clothes – what to wear from the cradle to the grave. And I haven’t even mentioned hats!

That apple cake! It was scrumptious, but so crumbly that we needed a fork to eat it with. So maybe a bit less apple and a bit more flour would hold it together. And whipped cream lifts it to another level!

Tonight, roast lamb, which rarely crosses this threshold, but it’s a special occasion. So along with all the usual trimmings, I’m making onions in white sauce. Peel and chop several onions, and boil with salt and pepper until cooked. In another saucepan melt two ounces of butter, and add enough flour to make a stiff roux. I pour in about a cup of milk, and then a cup of the onion- flavoured water, and stir briskly. Put it back on the heat and bring to the boil, stirring all the time until thick. Add nutmeg to taste, salt and pepper and the onion. You might need more milk, though I like the sauce quite thick. I usually add a dollop of cream…

Beauty is a choir of singers, a chorus of dreamers, a concert of aspirations, an orchestra of goals, a symphony of ambition and a ballet of productions.

56 responses to “The fun of fashion”