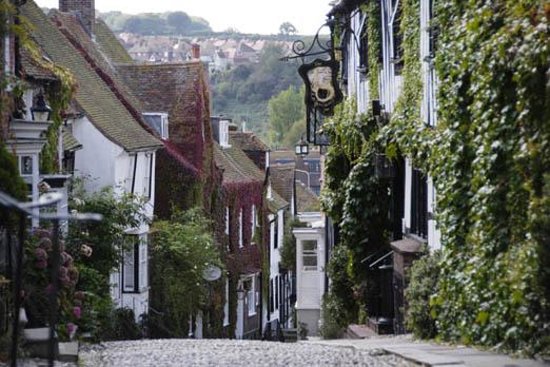 We’ve been re-watching a favourite TV series on Youtube from some years back… Foyle’s War. Unlike real life, it’s one of those satisfying forms of entertainment in which the baddies always get their come-uppance, and the goodies triumph – hurray !

Second time around I relish the masterly performances by actors at the top of their art…and notice many little quirks and anachronisms I’d missed first time around. But this time, I’m really aware of Foyle in a way I hadn’t been before. Much water has passed under the bridge since the years when this series – a favourite with watchers on both sides of the Atlantic – was created.

And since then the world has changed in so many ways, which include the upsurge of terrorism with the advent of Isis, the  unprecedented invasion of Europe by another culture – not just by refugees – but  by armies of young men from third world countries looking to improve their lot and enjoy the largesse of western society; and many other factors like the spread of sex changes even among young school children, drunkenness among women in the UK on a scale unheard of previously, homelessness on the streets of many  towns and cities, plus the religion of political correctness which means that on Twitter, another new arrival, people can be metaphorically crucified for using the wrong word…

I try not to equate the pictures of society men and women at various depraved looking parties where guests are encouraged to personify ’filth’, the photos of young people on the streets reduced to zombies by killer drugs, and stories about university students who feel it’s Ok to sue their  instructors for not helping them get better grades, with the decline and fall of the Roman Empire… Society collapsed then for many reasons, not least the gulf between rich and poor, and the bacchanalian  orgies of self- indulgence which we see today with the zillion dollar superyachts, and four or five day weddings of the rich and famous costing millions of pound/dollars, typical of the Roman over-indulgence and selfish hedonism in the last years of that Empire.

Christopher Foyle, the detective chief living in Hastings, the pretty coastal town where William the Conqueror landed, and defeated the defending Anglo-Saxon army in 1066, reminds me of some of the qualities of civilisation that I sometimes fear that Western culture is forgetting. While all around – to mis-quote Kipling – are losing their heads, failing to take responsibility, and blaming the war for profiteering, dishonesty of various degrees, for petty crime, spying, revenge and murder, Foyle remains incorruptible, refusing to cede one iota of the rule of law, built up over the centuries by generations of lawgivers and members of Parliament to create a fair and decent society.

He’s an ordinary person in every way, laconic, kind, and generous, but implacable when it comes to refusing to accept wrong in any form, never sparing family, friends and colleagues, as well as law breakers. He reminds me of Marcus Aurelius’s words: “Whatever anyone does or says, I must be emerald and keep my colour.” He keeps his colour no matter who around him is losing their integrity, and integrity is the word which most describes the quality that is Foyle.

Winston Churchill once said of Ernest Bevin, the great post-war Labour foreign secretary that: ‘he had many of the strongest characteristics of the English race. His manliness, his common sense, his … simplicity, sturdiness and kind heart, easy geniality and generosity, all are qualities which we who live in the southern part of this famous island regard with admiration.’

He called him a great man, and by that measure, so is Foyle. Why do I dwell on this fictional character in a long running detective series – the only one I’ve ever watched since murder, mayhem and mystery don’t tickle my fancy? I do so because this sort of person was not so rare as to be unusual many years ago. I can think back to many fine characters who people the English way of life – the only one I can write about with any knowledge.

People like the great statesman and gentle man, Edward Balfour, noble Sir Edward Grey, foreign secretary who tried to be peacemaker before World War One, to the thoroughly honest, decent, modest man who succeeded Churchill as prime minister – Clement Atlee. Honest politicians were not so unusual back then. They upheld the values of civilisation without even considering that by living lives of integrity this was what they were doing. And every person, however unknown, living such a life, is still today, of inestimable value to their society and civilisation.

Kenneth Clark at the end of his magisterial book ‘Civilisation’, wrote he believed: “that order is better than chaos, creation better than destruction. I prefer gentleness to violence, forgiveness to vendetta… I think that knowledge is better than ignorance and I am sure that human sympathy is more valuable than ideology… I believe in courtesy, the ritual by which we avoid hurting other people’s feelings by satisfying our own egos. And I think we should remember that we are part of a great whole, which for convenience we call nature. All living things are our brothers and sisters.”

He goes on to say that it is a lack of confidence more than anything else which kills a civilisation, and that we can destroy ourselves by cynicism and disillusion. And this to me is what Foyle is all about. He never succumbs to cynicism and disillusion, but sticks to the great truths of kindness, justice, the rule of law, compassion and courtesy. These are the qualities which can preserve and save our civilisation, despite the depravity of the rich few, and the hopelessness of the homeless and deprived.

Western civilisation, with its ideals of freedom, kindness, fairness, justice for all, value for learning and for literature, for art, music and science, our recognition of the rights of all people and all races, and for all creatures; our care for the environment and for those who need protection, is a way of life worth preserving.

If we do believe this and do not succumb to the belief that we have to cede these freedoms and rights to other cultures and customs which deprive others of freedom, dignity and the right to happiness, cultures which dictate how people should think, what they should wear, and mutilate women in the belief that a Creator demands this, we can still save our own way of life – what one blogger calls ‘the True West” in Arthurian/Camelot terms.

We can still bequeath peace and harmony to our children and grandchildren, and we can try to share these blessings with all people. We can continue to believe in those great words from the American Declaration of Independence written in 1776, that: ‘all men are created equal, that they are endowed by their Creator with certain unalienable Rights, that among these are Life, Liberty and the pursuit of Happiness’.

Tolkien defines the task for us in the Lord of the Rings, his epic about saving civilisation: ‘I wish it need not have happened in my time,’ said Frodo. ‘So do I,’ said Gandalf, ‘and so do all who live to see such times. But that is not for them to decide. All we have to decide is what to do with the time that is given us.’

Cakes- easy ones. This is one of my favourites – combining lemons with the easiest method ever. I adapted it from one of Elizabeth Luard’s recipes, and use 175 gms of SR flour, 175 gms of sugar and the same of mild olive oil, three eggs, pinch of salt and zest and juice of a lemon. I also add a teasp of vanilla into this mix in memory of my grandmother who always used vanilla in her cakes. Stir it all together and tip into a greased lined loaf tin, and sprinkle a generous helping of caster sugar on top. Cook in a moderate oven for about forty minutes or until ready.

Even as our few remaining wilderness areas are threatened, each day more of us venture into these beautiful landscapes to experience the energy for ourselves. And, immersed in the natural rhythms of the earth and the wind and the sky, our minds relax and we view our lives with quiet perspective. We can see our paths and can recognise the synchronicity that has guided our footsteps.
James Redfield from The Tenth Insight

23 responses to “Saving the West”