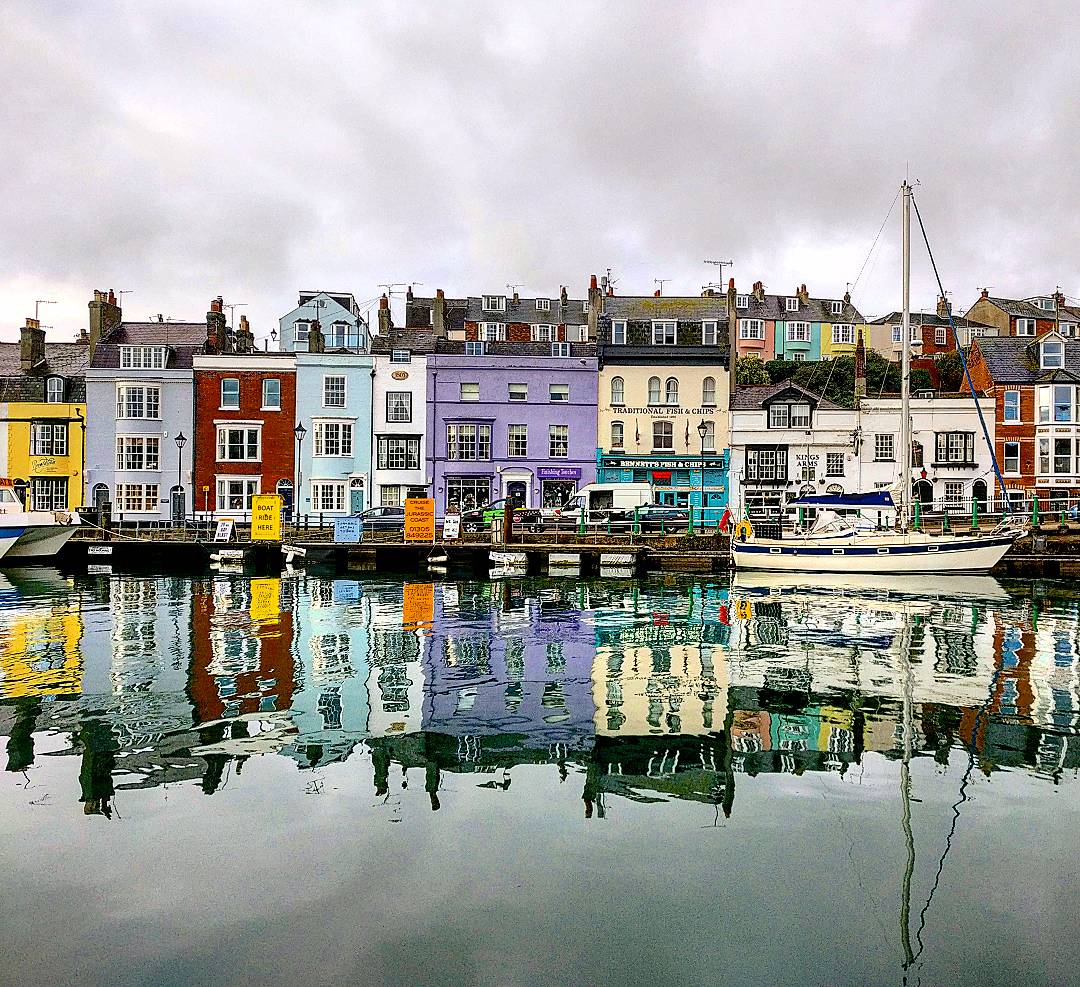 Adults talked of ‘War-time’ and ‘Before the War’, and ‘When Peace-time comes’. I couldn’t imagine what Peace-time was like, since it had always been War-time for as long as I could remember. Peace-time sounded something like Christmas, when we would have plenty of food, no clothes coupons and lots of toys.

But when it came, it didn’t seem like that at all. There was a big parade for something called VE day, which had something to do with Peace-time, a lot of fireworks, which I’d never seen before, and then life went back to all the same old things, only worse. The grownups seemed to be worrying about not having enough bread and potatoes, shuddering over tinned meat called Spam and outraged over the idea of eating whale-meat. But the toys, the sweets, the goodies they’d all talked about, never came.

The first big change had actually come as soon as all those hundreds of planes had flown over us to D-Day almost frightening me out of my wits. When we went down to the beach to play in the sand in the small area cordoned off with high rolls of barbed wire, the barbed wire had gone. So had all the thousands of armoured cars, tanks, lorries, guns, jeeps that had covered the beach as far as the eye could see, and all the American soldiers. (They had all gone to the dreadful ordeal of Omaha Beach I learned many years later).

All the spikes in the sea to stop the Germans coming and which stretched all along the line of beach had also gone. Until then I had thought that all beaches were covered in khaki war machines, with camouflage netting stretched over them and that all seas were ringed with big black spikes. But now we had the whole beach and were allowed to walk along the pier, attend concerts on the grandstand and meander round the ancient harbour where the Black Death had first entered England, killing up to sixty per cent of the population, and where the first death had occurred in June 1348.

Now in 1945, the next big change was when my uncle came home from Prisoner of War camp. He was no longer the gay, carefree and happy- go- lucky young man who used to bring me coloured chocolate smarties when I was a toddler. His experiences in POW camps, his life- threatening escapes and starvation in Italy behind the German lines, where he hid in a goat- hut in the mountains, and then in Florence until the allies and his brother with the 8th army liberated it, had of course changed him.

Back home at the end of the war he took up civilian life again, and began his new career as a reporter on the local newspaper. Like so many returned soldiers he was deeply hurt and angry. I was the nearest soft target for this anger and I didn’t realise that the teasing I endured was indirect anger and the result of his war… to me it felt harsh and hurtful, and I often ended up in tears.

When my father returned for a brief leave it was the same, and he was as strict as my grandmother had warned. No more Enid Blyton. No more reading the Express and the Mail, my grandmother’s favoured newspapers. Only the Telegraph or the Times. He only had a fortnight’s leave before he went back to Egypt, but had a good go at under-mining my belief in Christianity, Brown Owl and the Brownies. He drew pictures of fat angels standing on clouds with harps and in long nighties with flies on their noses, hoping that mockery would dislodge the horrifying belief in religion he had discovered in this unknown daughter. All that happened was more tears from me.

Unbeknown to me until many years later, my grandmother dissuaded him from putting these unknown children into a convent, and an orphanage for the toddler son he didn’t know, so he went back to Egypt with our futures unresolved.

It wasn’t a very good basis for beginning a new life with him and his new wife, in the spring of ‘47. I was already frightened of him, and though I had longed to have a mother, I eventually became even more terrified of my new one than of my father. In the beginning it had been different. My father was coming home with a new mother, we were told. I was so excited at the idea of being like everyone else again, with a mother and a father, that I rushed out of the house and told some complete strangers passing by, that we were going to have a new mother.

Later I pieced together the facts, that they had met on a blind date at the legendary and glamorous Shepheards Hotel in Cairo – now famous after appearing in The English Patient – but actually burned down in the riots of 1952 . My stepmother was in the Red Cross, and keeping her best friend company. The best friend and her boyfriend broke up in the end, and the two blind dates married. Like Tess of the D’Urbervilles, they spent their honeymoon at Woolbridge Manor, the beautiful Elizabethan manor I used to pass with my mother on the way to the village. Now they were now coming to claim us.

My father arrived and took us to meet her. They were staying at a hotel in town, and when my sister and I stepped out of the taxi at the foot of the long flight of white steps, a very tall lady in a navy- blue coat and very high heeled court shoes, ran down the steps towards us, and swept us into her arms with a hug and a kiss. I just loved it.

Then we spent the afternoon together, first of all having lunch and fizzy lemonade – which seemed a bit more like I’d imagined Peace-time, – and then we went for a walk round the ancient harbour, into a park, and for afternoon tea back to a place by the harbour with big oil-paintings on the walls. For the first time I looked at paintings and saw the brush strokes and the way the painter had used colour. The whole afternoon felt like stepping into a magic new world.

A week later my father came to collect us for good. I left behind my dolls and dolls pram, black board and easel, my bicycle, and our brother, on the understanding that all these things would be collected later. I never saw them again, never had another doll, and didn’t see my brother or grandmother again for years as she refused to part with my brother, causing a huge family rift. Neither did I see my uncle for many years as he had become an energetic Communist, and association with him would have destroyed my father’s security rating in the army.   So now we went to London, where our new mother was waiting. She gave us beef stew for lunch, which neither my sister or I liked, and we refused to eat it.

After lunch the father we hardly knew, except for the fortnight the previous year, took us for a walk around grey, London streets in the cold April afternoon. He told us grimly that from now on we would eat everything that was put in front of us. And from now on, we would do exactly as we were told – immediately. The afternoon seemed to get colder and greyer as he spoke, and when we went back I was totally crushed. My sister, clever, feisty and quick tempered like my grandmother, had more spirit.

The next day we went shopping, and came home with shorts and shirts like the children in Enid Blyton’s ” The Adventurous Four”, three blue summer dresses for me, blue and white stripes, blue and white checks, and a blue silk dress with tiny flowers on it. I had a new tweed  coat in blue, with a dark blue velvet collar, and my fair haired, blue-eyed sister had a yellow tweed coat with a red velvet collar.

The clothes my grandmother had made for us disappeared, my favourite tartan skirt and bolero and fine ninon blouse that went with it, a primrose coat, a pink satin party dress – all went, regardless of entreaty. I had immediate remedial exercises for my lisp, elocution lessons to rid us of lingering Dorset accents, and physiotherapy and exercises for the splay feet which I had carefully cultivated to be grownup like my grandmother. I had what would be called today, a complete makeover. It seemed after a few weeks that I was a different child… and even more insecure and uncertain. And I loved both my new parents. Especially my harsh, handsome father.

He loved books as I did. He must have learned it from his mother who he couldn’t stand.

Sometimes I just want a plate of roast vegetables, but also feel I must need some protein. I kid myself that this pea-nut sauce will fill the gap. It’s quite unlike the traditional pea-nut sauce, and was dreamed up in front of me by a chef at a demonstration.
In a stick blender,  spoon a cup or more of pea-nut butter, the skin thinly peeled from a lemon, plus the juice, a good teaspoon or more to taste of dried thyme, a couple of garlic cloves, a tea-spoon of fish sauce, a dessert-spoon or more to taste of brown sugar, plenty of salt and black pepper, and a cup or more of olive oil. Just whizz everything together. And add more olive oil, thyme, pea-nut butter if you need it. It lasts for plenty of time in the fridge, and is good with baked or sauted vegetables for a light meal, and also with baked or poached salmon.

21 responses to “War-time and Peace-time”