The upsides and the downsides of being a woman 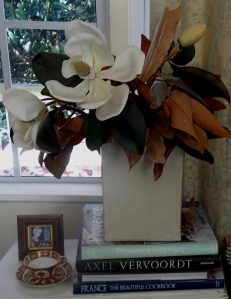 Something made me re-read a book for girls which my Victorian grandmother had pressed on me when I was seven. It was about a girl who’d lost her mother, and whose military father was absent. It pressed a few buttons for me, though at seven I didn’t realise why. ‘The Wide Wide World’ by Miss Wetherell, was published in 1850, and became an instant best seller on both sides of the Atlantic. It’s a vivid picture of rural America in the 1840’s, and the forerunner of all those other girls books. Jo March reads it in ‘Little Women’.

Ostensibly the story of an orphan who becomes a fervent Christian and whose faith sustains her throughout constant miseries and trials, re-reading it I saw something else. It was a perfect picture of the powerlessness of women, and of how ingrained this powerlessness was.  Ellen, the heroine, never has any choices, and even when she finds happiness with the upright Christian, John Humphreys, she is totally subservient to him, and finds her greatest happiness in pleasing him. So powerlessness was held up to generations of girls as being a virtue.

This theme of powerlessness was on my mind, after reading a wonderful list in another blog, of a person’s rights, which included having the right to say no, to remove oneself from an abusive situation, not have to explain oneself etc. And as I thought about these rights, and how I’d painfully allowed myself to claim them over a long life of invalidating myself, I realised that the reason most people – but especially women – have to be reminded of these rights is because they do feel powerless, and this is too often the result of the way we bring up our children.

We don’t allow them to be angry and say no, or choose what foods they eat, or what subjects they will take at school… too often from the day they are born, children are treated like brown paper parcels, and rarely given information about where they’re going or what they’re going to be doing; often their needs are secondary to the needs of parents or other pressures, and in so many tiny ways we unwittingly make children feel powerless and without a voice. They learn to please their parents by giving away their power and conforming. I’m not talking about permissive parenting here, but about the courtesy we give to adults, but not to children

In the book, Ellen is often in floods of tears, which reminded me of my childhood, and it’s only well into life I realised that I was always in tears as a child because I so often felt powerless and therefore angry. Saying how we feel, expressing anger, was not allowed, and it’s a skill that many of us haven’t mastered or taught our children.

So the only other way people can express their anger and powerlessness, is to be destructive, and we see this constantly in the courts, on the roads, and in relationships. But it was comparatively safe for a child to cry, so many children from Ellen onwards, learned to divert their anger into tears. As a mature adult whenever I was angry, to my annoyance I would cry…  until I realised that this was the way I’d dealt with anger as a child. They were tears of powerlessness.

It was gentle Anne Bronte in ‘The Tenant of Wildfell Hall’, published two years before ‘The Wide Wide World’, who challenged this powerlessness of women in her book which was considered shocking when it was published, and instantly became a best seller! In the book, which is about a woman trapped and terrorised by a drunken and sadistic bully, the wife, driven to desperation, slams the bedroom door in his face and locks him out, before eventually escaping.

This one act of slamming the door in her husband’s face reverberated throughout Victorian society. She had violated her husband’s rights, and broken the law at the same time. Some have called this the first feminist novel. This heroine had defied the centuries old acceptance that a woman was a father’s property until she married, when she became her husband’s property.

When Mrs Caroline Norton, whose husband was also a drunken bully, famouslyleft her husband in 1836, she not only had no rights to her children and no rights to divorce him, but when she earned money to support herself it became her husband’s property. The Married Women’s Property Act in 1870, finally allowed women some independence in England. But women were still powerless in many other ways, as Mary Lincoln’s incarceration in a lunatic asylum for no reason other than eccentricity, unresolved grief, and falling out with her son over money, showed.

While slavery – owning a person, buying and selling them, breaking up their families and working them to death  – became illegal in the western world, it wasn’t for many more years that women achieved the vote and a measure of freedom. And still, in some places in the west women are struggling for equal pay and equal rights.

Religion has not been on the side of women – as President Jimmy Carter has said:  “The truth is that male religious leaders have had – and still have – an option to interpret holy teachings either to exalt or subjugate women. They have, for their own selfish ends, overwhelmingly chosen the latter.”

They have in fact chosen to play the power game. And it isn’t just Christianity which has made this choice. There’s hardly a religion in the world which doesn’t rate women as lesser beings. In Jerusalem these days, women are now segregated on buses, not allowed to pray at the Wailing Wall, and subject to increasing discrimination by extreme members of the Jewish faith. And we all know the fate of too many women in Muslim, Hindu and other religious societies.

Marve Seaton in her courageous blog about the abuse of women, continually draws attention to female circumcision, breast ironing, gang rape, acid attacks, stoning and “honour” killings, (a euphemism for male sadism, ego, and heartlessness) amongst other outrages inflicted on women. Most religions, including extreme Christian sects, still think that it’s okay, and a husband’s right to beat his wife.

The UN figures show that two thirds of illiterate people in the world are women, that women work harder and longer hours than men as well as being responsible for their households, and  that men own most of the land in the world, and most of the money.

Women in the west who feel powerless, who are struggling with low wages, male chauvinism and hostility from the far right of some Christian churches, have it easy compared with their sisters in the third world and elsewhere…  and women everywhere are often too emotionally connected to the needs of their children to find any way out of their dilemmas of poverty and powerlessness.

But when I look back at the position both of slaves and of women and children a hundred and fifty years ago in the west, I can see how far we’ve come. And now it’s the time for our sisters in the rest of the world to start to edge towards their freedom too, which for many of them means feeling safe. Anne Bronte’s book also preached universal salvation, and it must have seemed an unattainable vision when she wrote ‘The Tenant of Wildfell Hall’.

But western men did change their minds, and western women are well on their way now. So it IS possible that things can and will improve for our sisters in the rest of the world, that the climate of thought can change other men’s minds. Changing the way men think is the challenge for those women, and it’s our challenge to support them in doing it. We’ve come so far, that we can be optimistic that the time will come when we will all be free. Progress does happen. Change does happen. This is the blessing of modern times.

As Emily Dickinson said back then: “Hope” is the thing with feathers—
That perches in the soul—
And sings the tune without the words—
And never stops—at all—

Deep disappointment today! Desperate for something sweet, I decided to make myself a banana split. I knew I had some ice-cream in the deep freeze, because I’d seen the plastic container. Alas. It wasn’t labelled, and turned out to be soup. Undeterred, I dashed up to the village shop and bought a packet of vanilla ice-cream. By the time I was home I’d changed my mind, and instead of banana I made a quick hot chocolate sauce to pour over the ice-cream. It’s heaven, and used to be the children’s favourite pudding outside chocolate mousse.

It comes from Mrs Beeton, the famous Victorian cookery writer. All you need is one rounded dessertsp of cornflour, two of cocoa and three of sugar, half a pint of water, half an ounce of butter and some drops of vanilla. Mix the cornflour, cocoa and sugar together with a little of the water. Boil the rest of the water, and pour over the chocolate mix. Pour into a saucepan and boil for two minutes, add the butter and vanilla, and pour over the ice-cream. Delectable and cheap.